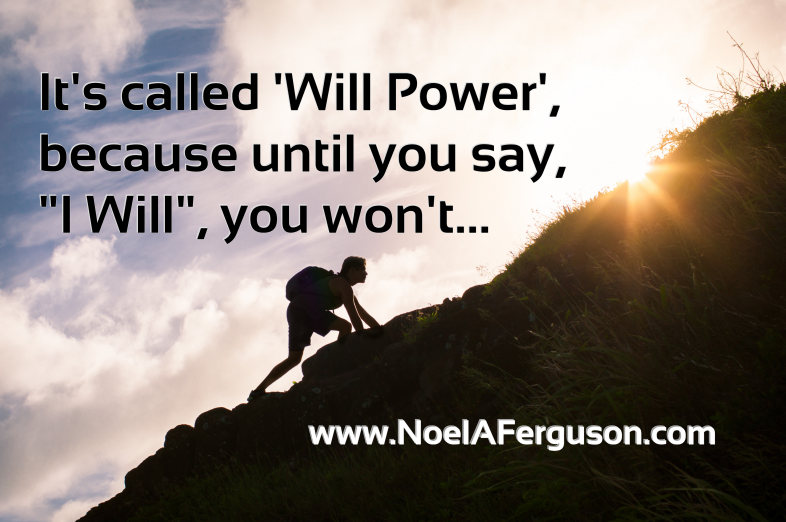 "Welcome to your life, There's no turning back", is the opening line of the song "Everybody Wants to Rule the World", recorded by English band Tears for Fears, released in 1985, and which reached number 1 (and 2) in fifteen countries around the world.

You only get once chance at life, so get it right.


"There's no turning back" is a reference to time, and that we must progress through life in a linear direction. I doubt that the group were aware back then, that their lyrics were in tune with the second law of thermodynamics, or that time runs in only one direction due to entropy. (that's for the scientific readers)


Having dreams, ambitions and aspirations or wanting something will not make it happen.

This song came to mind recently while talking to a friend in his workplace, who was considering his next life and career moves. Like many of us at times, he was faced with a raft of options to consider; should he make a career move overseas to broaden his experience; would the risk of moving be too great; should he remain in his current role which he enjoys?

To help him consider his options, I asked him want he wanted to do in five years or more. His reply was similar to many. He said "I want to run my own business".

At first sight, this seems a reasonable aspiration, however the ambition is severely undermined, by one little word; the word "want".

What also came to mind while talking with him was the scene from the 2004 movie "Colleterial" starring Tom Cruise and Jamie Foxx. In the Movie, Foxx plays the role of Max, a taxi driver who has dreams like everyone else of having his own business, but doesn't act on them. He builds his own walls to almost limit himself. If he has an excuse, in his mind he's in the clear there's a reason why he isn't where he should be in his head.

And that is where I felt that my friend would find himself, paralysed from making a choice, and therefore making no decision at all. Passing by the opportunities that lay ahead of him. And so, at that moment, I said to him, "You need to change the words 'I want' to 'I will'".

At that point, his body language changed, as he realised he was letting his fears of the unknown, overide his will power, and chances of future success.

As humans, and as Leaders, this is something we all need to be mindful of. Having dreams, ambitions and aspirations or wanting something will not make it happen. Saying 'will' - will make it happen. So remember - It's called 'will power' because until you say 'I Will', you won't.